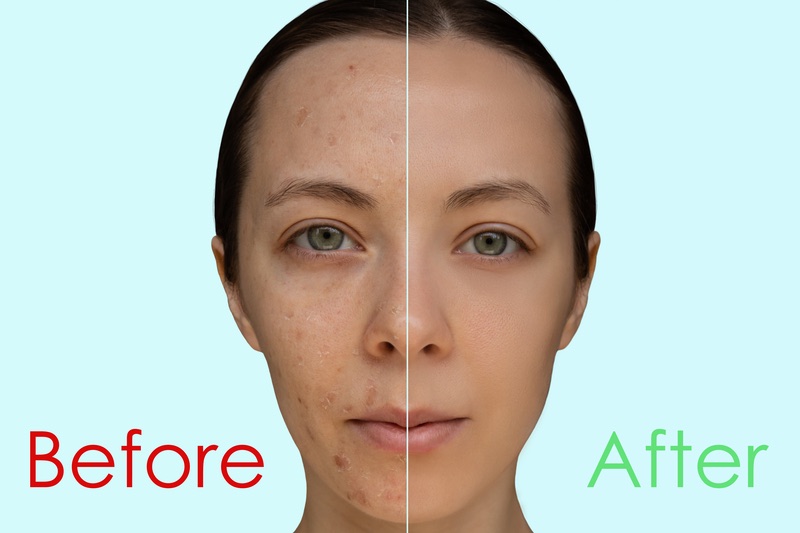 Over the centuries numerous techniques have been employed to reverse the ravages of age and the effects of cutaneous disease. Among these methods, chemical peeling has withstood the test of time with superficial peels being one of the most popular procedures. Chemical peels consist of the application of one or more chemical ablative agents to the skin’s surface. This process causes the controlled destruction of all or part of the epidermis or dermis, which sounds scary but results in regeneration and remodeling of the epidermis and dermal tissue. This leads to improved appearance and texture of the treated areas of skin. Chemical peels can be used to treat an array of skin conditions, including acne, actinic or solar keratoses, melasma, scarring and of course wrinkles. In addition to the face, chemical peels can be used of the neck, hands, chest…just about any part of the body.

Chemical peels can be classified based on the depth in which they penetrate the skin. The classification of chemical peels is superficial, medium depth, and deep. The depth is determined by the type of peeling agent and the pH. Also the location and integrity of the skin plays a factor. Our Scottsdale chemical peels are one of a kind. Schedule an appointment today!

Superficial peels (by far the most common) target the epidermis and the epidermal-dermal interface down to a depth of about 60microns. This increases collagen deposition and increased epidermal thickening and usually a series is needed.

Medium depth peels penetrate the papillary dermis to the upper reticular dermis at a depth of about 450 microns. These are usually a one and done peel because of the intensity and the depth. Usually the peeling occurs over 5 days with a return to work in about a week. TCA is trichlorinated carbonic acid TCA of 35-55% is a very common medium depth peel. TCA can not be neutralized so once its on its on but has not been associated with allergic reactions or toxicity. Its unique in that in induces a “frosting” on the skin which is often used as the target for treatment. TCA can be used alone and and in combination with other agents such as 70% glycolic or Jessner solution.

Deep peels penetrate to the mid-reticular dermis at a depth of 600 microns. These are done in a single session, typically require anesthesia. The re-epithelialization can take10-14 days with a return to work in 2-3 weeks, so some significant down time and much greater risks involved here. Phenol is a common deep peeling agent. It is also known as carbolic acid or hydroxy-benzene and is derived from coal tar and in a pure state is a crystal. Another commonly used deep peel is TCA >50%. This is not all inclusive of peels but these are the majority and by far the most commonly used.

So what about the “VI Peel” or the “Perfect Peel” “PCA Peel” or “Ultra Peel”etc…. These are boutique or “pamper peels” and have become increasing popular in recent years. These products consist of conventional peeling agents (e.g., AHA, beta hydroxy acid and TCA) in combination with various botanical extracts, vitamins and other adjunctive ingredients, which may be incorporated in a proprietary topical delivery vehicle. While these to are effective there is no significant evidence favoring boutique peel over conventional peeling agents. Another technique that is increasing popular and effective and one in which I have mentioned previously is combo treatments i.e stacking. This is where we combine a chemical peel with another modality such as ablative laser or micro needling in the same treatment session. By attacking the skin with multiple modalities you get the benefit of each but also a synergistic effect from the combination that increases collagen and elastin as well as visible improvements in skin texture more than they would individually.